We've been using CI/CD for ages in our company, but only recently we started to run against the limits of the free Microsoft-hosted build agent:

Not sure why we never hit any of them before (or maybe I wasn't personally impacted) so we needed a solution. Some thoughts that crossed our mind:

If you aren't interested in the backstory but just want to create your own Azure DevOps Build Agents like I (and Microsoft) do, head over to my GitHub repository and follow the technical set up steps.

I only wanted to use self-hosted agents if they could satisfy all my requirements:

I know we need about 5 agents at peak time to limit the waiting time for our pipelines, some run short and some run longer but with 5 available agents it should be covered.

My first idea was to run one VM with good specs, install the DevOps agent on it 5 times with automated start and shutdown timers. This way it would boot up on the morning and shut down in the evening, minimizing spending when load was expected to be low anyways. Downside to this idea: if you need to run a pipeline outside of this time window, for whatever reason, you'll find that no agent is available.

This sounded exactly like what I needed, so I used docs.microsoft.com to create two scale sets: one for Windows-agents and one for Ubuntu-based agents. Afterwards, I registered the two scales sets as agent pools in my Azure DevOps organisation.

A scale set provisions new VM's based on a specific image, and while it can be a standard Windows Server 2019 or Ubuntu 20.04 image from the store, I wanted my build agents to be as close to Microsoft-hosted agents as possible. Luckily, Microsoft has open-sourced the scripts they use to provision build agents on GitHub.

They use Packer by HashiCorp to automatically build their machine images. Packer runs through a set of instructions, executes them in order and in the end you have a fully configured Virtual Machine.
In essence, this is the process Packer follows:

I tweaked this process in my own Azure DevOps pipeline to:

Success, (almost) all my prerequisites are fulfilled:

Packer takes a good amount of time to generate the sysprepped, fully prepared image. A Windows Server 2019 image that is exactly like the Microsoft-hosted agent, takes about 7 hours to provision:

The same process to generate an Ubuntu 20.04 image takes about 3 hours:

Luckily, the process is fully automated and you don't necessarily need to keep the images up to date every day. I run this pipeline once a month, so every month we get an adjusted base image for our build agents.

Chicken or the egg problem

We saw that Packer takes longer than 1 hour to generate the base image, and on the free tier of Microsoft-hosted agents your pipeline can only run for 1 hour. It's a chicken-or-the-egg problem: we need the result of this pipeline to run this pipeline...

The initial run of my pipeline was done on a paid Microsoft-hosted agent, which we were testing in parallel. After my pipeline succeeded I switched it over to use my freshly generated scale set agent pool for subsequent runs.
As an alternative you could run the Packer execution on your local computer overnight to generate the first VM image, after which you can use it to build your scale set agent pool.

These images contain an enormous amount of installed tools, and some get installed directly from the internet in their latest version. This means that without any new commits, a build that succeeded yesterday can fail today.
Easiest way to determine if the problem lies in your pipeline or stems form the Packer scripts, is to go check the Microsoft pipelines that run the Packer execution on every commit to their repository.

I published my build pipelines and the setup instructions on GitHub: YannickRe/azuredevops-buildagents: Generate self-hosted build agents for Azure DevOps, just like Microsoft does. (github.com)
It requires some configuration on Azure and on Azure DevOps to get it right, but the result is worth it hopefully! 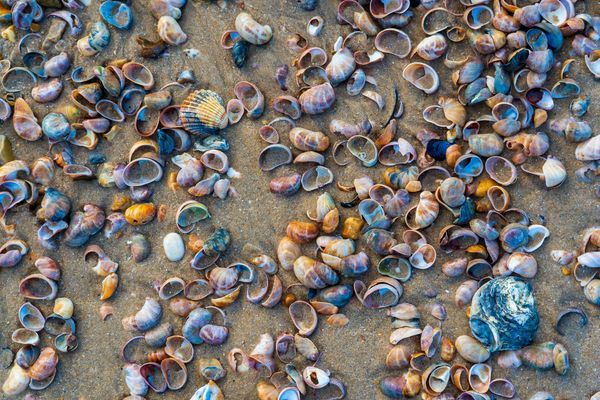 A story on how I stay up to date on Microsoft cloud, my methods and processes, the tools I use, and sources I consult.